Earlier in the evening, I met up with some friends who were attending the show for dinner (went to Black Iron Burger, very good!). None of them were interested in the pre-show meet & greet, so I went on my own. It was snowing and, thankfully, they were letting people in early and I didn’t have to wait outside.

I immediately went downstairs and the line to purchase autograph tickets was long but it seemed to be moving. Well…it would move (people paying with cash) and then grind to a halt (people paying with credit cards). It was maddening and I really think they should figure out a different way to do this but whatever.

I bought two “single” tickets and one “tag team.” The longest line, by far, was for Marty Scrull while the Bucks and Adam Page were a close second. I didn’t notice if Cody was with them. 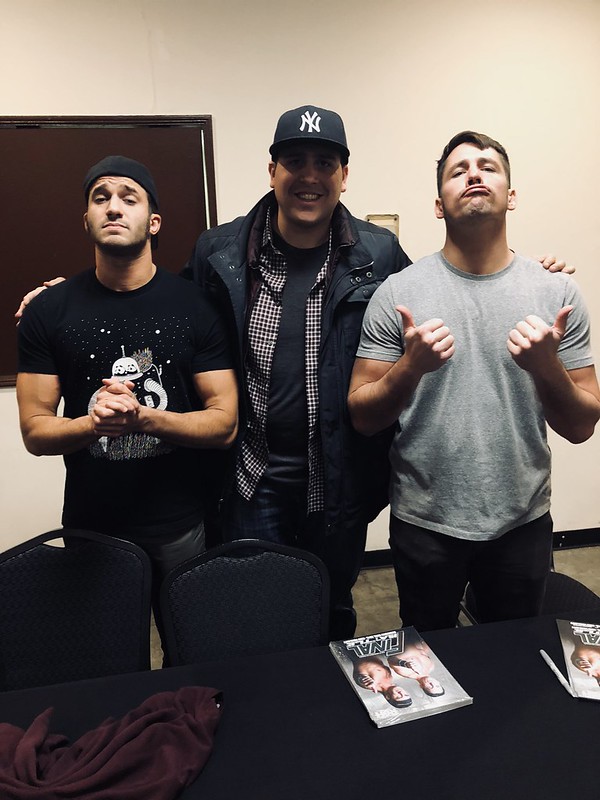 The only other person who had a line was Dalton Castle, who I intended to meet, so I hopped on his line. While I was waiting, though, I saw that the Best Friends – Trent Barrett and Chuck Taylor – were packing up their photos and looked like they were leaving! The person in front of me saw this, too, and made a beeline to their table and I was right behind him. They eached signed a Best Friends 8×10 while Trent also signed my WK 11 Program. Both great, great guys – Chuck was WAY nicer than when I met him at Evolve a couple of years ago. 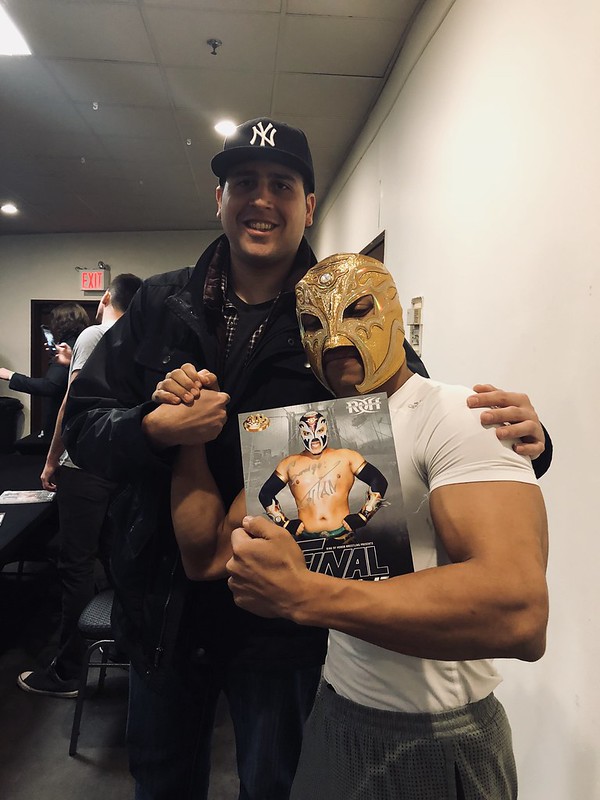 I saw that CMLL’s Titan was free, so I decided to get him quickly and he couldn’t have been any nicer. He was incredibly nice. He signed his 8×10 and thanked me for coming down. 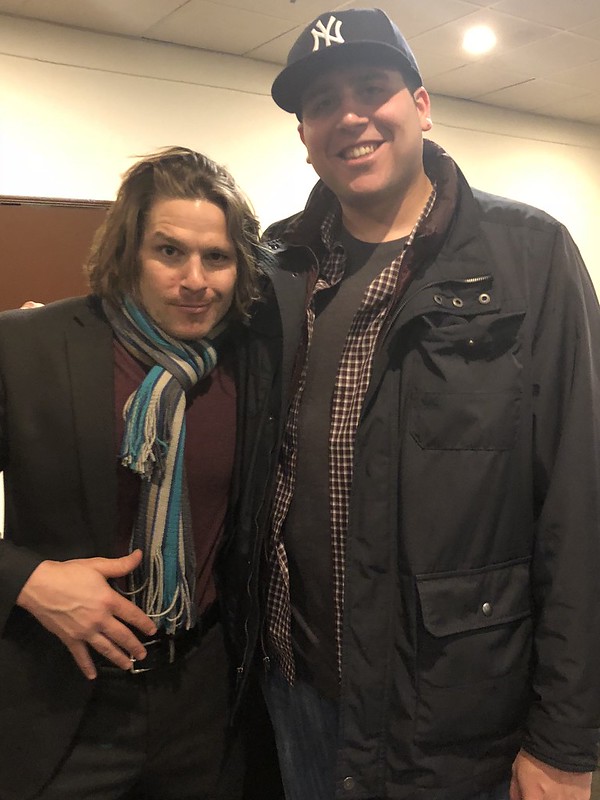 I hopped back on Dalton Castle’s line. Dalton kept saying, “Bring on the Boys! I want to meet more Boys!” and was in great spirits, interacting with everyone. When it was my turn, he saw my PWG BOLA card and asked if I went (I didn’t). He also signed an 8×10 and check out the inscription! Too funny. When we posed for our photo, he kept pretending like he was going to hip toss me lol. 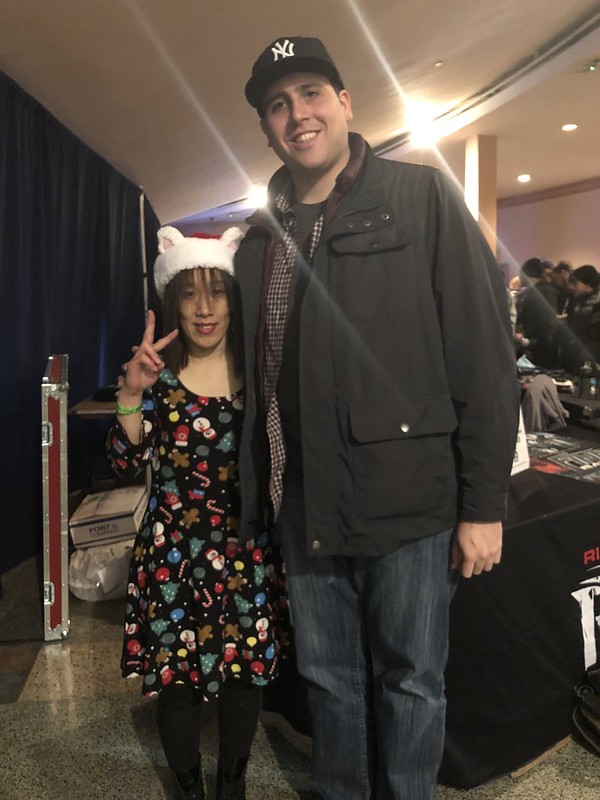 I left the room and headed back upstairs where I saw Sumie Sakai in a Santa standing behind the merch table. She was holding a sign that was asking for a $5 contribution to a children’s charity and, for the $5, you got some band and a photo op with her and Cheeseburger. Unfortunately, Cheeseburger was wrestling the opener of the pre-show match, so he was long gone, but I decided to get the photo with Sakai. She was really nice and thanked me for contributing.

As for the show itself…it SUCKED. 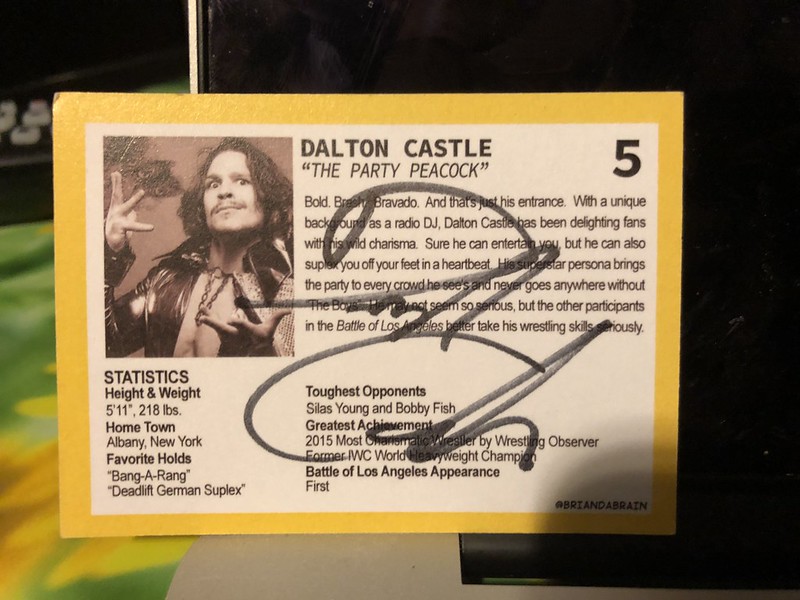 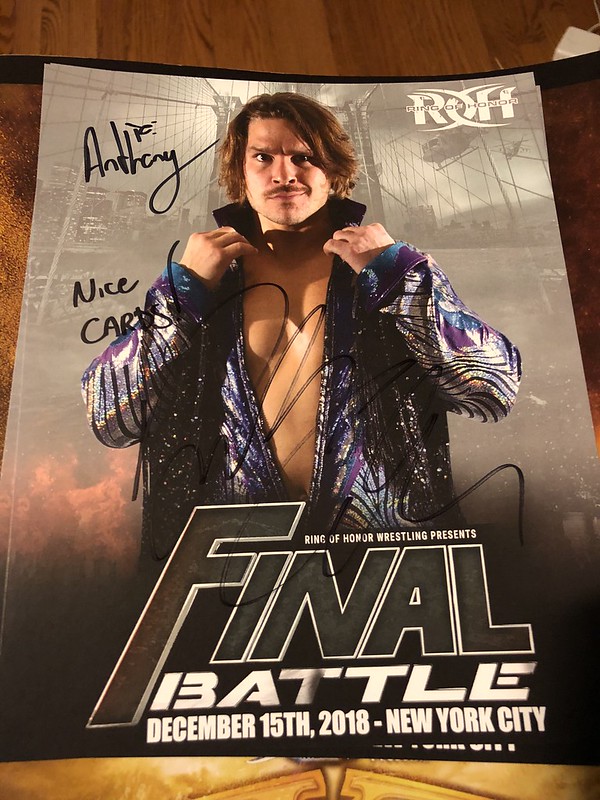 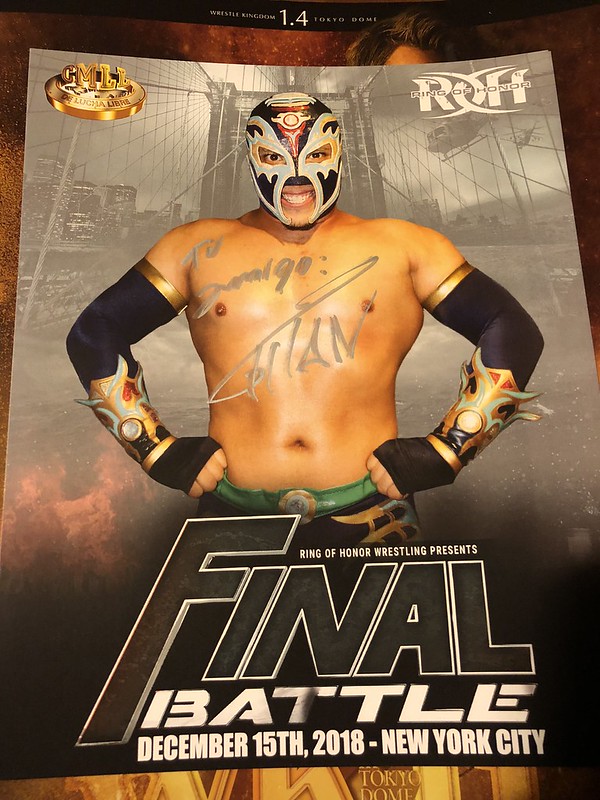 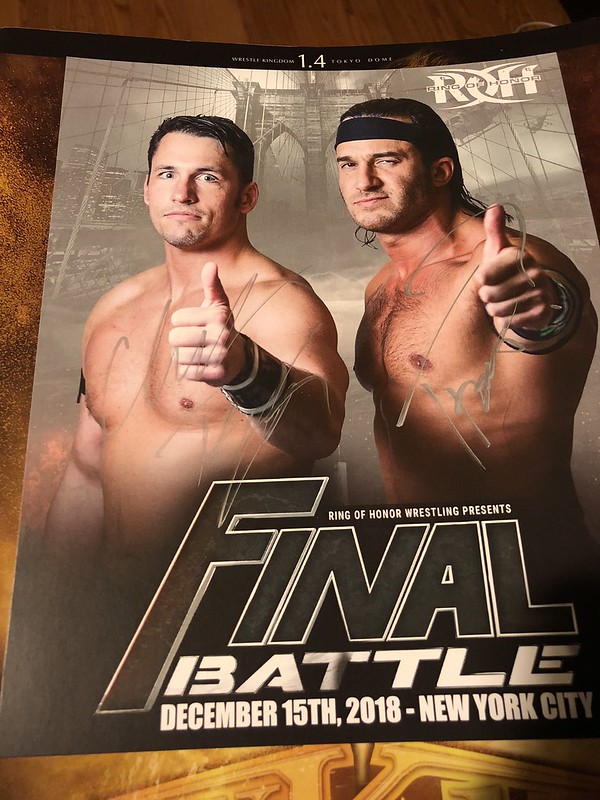 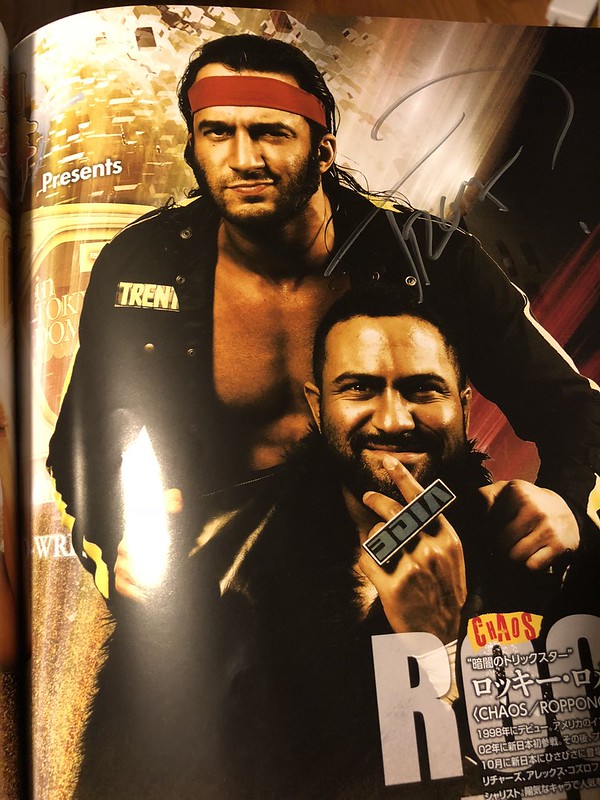