Several guest have been officially added for the Big Event 16 over the past week or so. Let’s do a quick recap and see who’s slated to meet and greet the fans on March 9th: 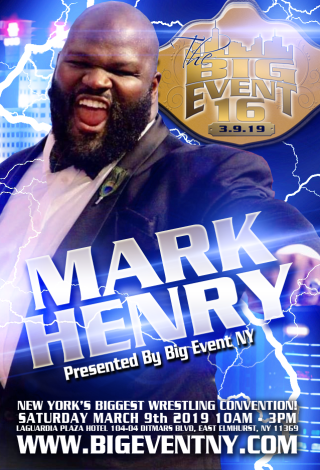 The Big Event NY announced Su Yung (Impact Wrestling), Sid Vicious, Mark Henry, and Brooke Hogan. All four are very solid names – Brooke Hogan has not done a wrestling convention in a few years – and are welcomed additions to the Big Event 16 lineup.

As for vendor guests: