Skip to content
Search
Close
It’s a Thanksgiving Day 2-for-1 special as I post not one but TWO reports for you fine, loyal readers! I’m sure you’re all jumping for joy! In all seriousness, I wish you guys and gals a Happy Thanksgiving! Hopefully your day is filled with football, Turkey, and plenty of naps in between!

I made the early morning trek to the Wrestling Universe in Queens, NY, for an incredibly rare name: Masahiro Chono. I am a massive fan of Japanese wrestling, particularly New Japan Pro Wrestling, so meeting Mr. August was a must. I wasn’t making the trip to Philadelphia on Saturday (for a number of reasons) so I was thrilled to see that Chono was appearing at the Universe the following day.

The line outside the Comic store was healthy and the rain made it seem every worse. Ira showed up shortly after I did and joined me in line (we were also joined by a couple of other friendly faces later on). We waited for about 30 before one of the employees asked if anyone was just getting Chono and, thankfully, we were brought right in. 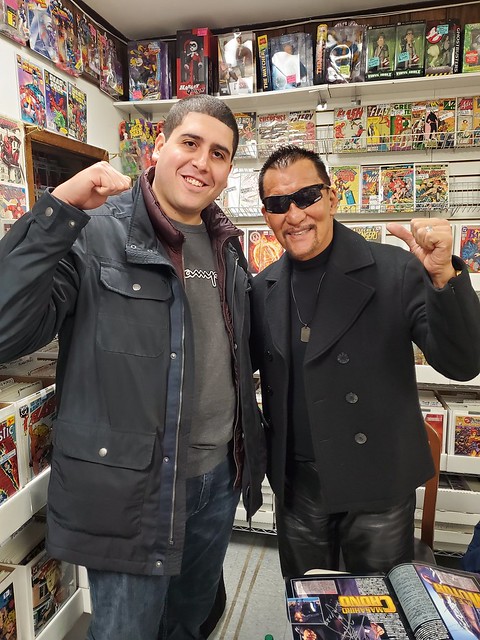 [
Masahiro Chono was really cool and I added him to my Wrestle World 2000 Program, which was also signed by his opponent The Great Muta (and also signed by Shinjiro Otani and Scott Norton). Danny DeMento, who brought in Otani, Atsuhi Onita, and Taka Michinoku at WrestleCon was the one who brought in Chono. I was thrilled to meet another legitimate legend in pro wrestling and LOVED how the photo turned out.

Afterward, I chatted with WOODMO, Ira, non-board member Anthony, and finally got to me latinoheat578 and (I believe) wewantflair. Great day in the books.

I decided to head over to Bookends in Ridgewood, NJ, for the 6:00 PM book signing with Glenn “Kane” Jacobs — a.k.a. the mayor of Knoxville, Tennessee (!). There was KILLER traffic that turned a 15 minute drive to well over 35 minutes, which infuriated me beyond belief. I arrived just after 6:45 PM, picked up my book, and joined the small line outside. In fact, we were all let in after about 10 minutes — but that’s when the quickness stopped. 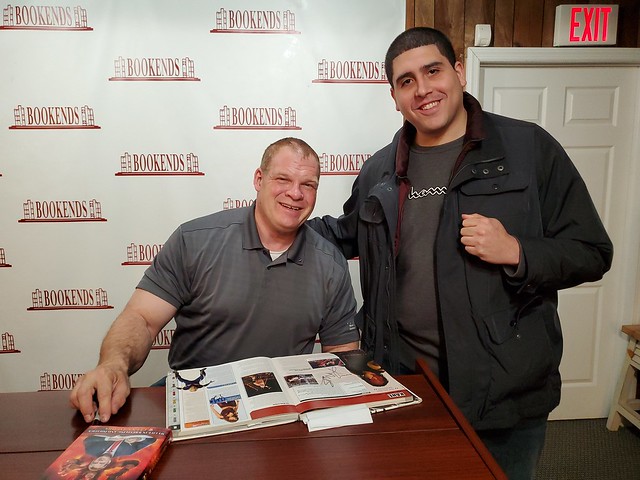 It took well over an hour before I met Kane and, as it turns out, he really is incredibly nice! I told him that I was at MSG when he first took his mask off. He smiled and said, “You’re the third person tonight to tell me that. That’s really cool!” and I asked him if he was nervous that night. He replied, “I was a little but Triple H told me that it was going to be really great and memorable.” He asked me if I wanted his book personalized (I did) and he signed the solo entry in the Encyclopedia. I was going to ask him to sign the others but he immediately asked me if I wanted a picture with him and that was that. I know other people scored extras despite the “one item per book” rule but oh well. Can’t complain.

His handlers also commented on the piss poor shape of my Encyclopedia, my poor baby, and I REALLY need to look into getting this thing repaired. It can be done, so we’ll see how much it costs!
Autographs: 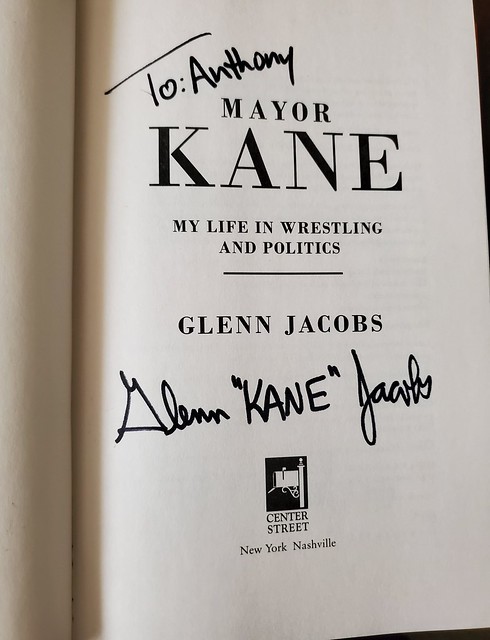 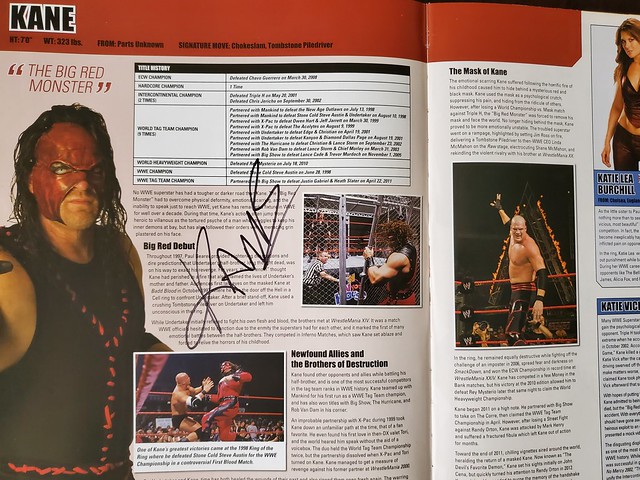