I decided to attend the Garden State Trading Card Show in Secaucus, NJ, to score a couple of combos. This show was only a 15-minute drive from my Jersey City apartment and admission was only $11 (after tax!), so it was a no-brainer decision to check it out. I was only going for two names (ended up being three), so Jenna was nice enough to drop me off and chill in the car while I did my thing.

We arrived at 11:35 AM, pulled up my admission eTicket, and was immediately given a green wristband. The setup for the show was typical: you walked down a narrow corridor (with small vendor tables lining the walls) with access to larger rooms on either side. I did a lap around the main room but only saw B-Fab sitting next to someone I didn’t recognize. I debated getting F-Bar (essentially a $50 combo!) but decided to hold off on the chance that someone will bring in the entire Hit Row. 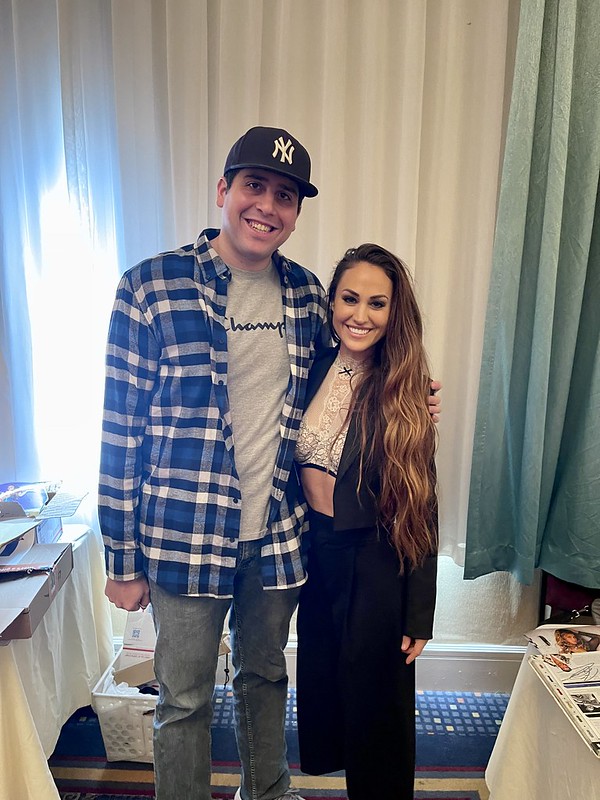 I was directed to the other end of the hotel and entered a room that housed Rebecca DiPietro. She’s a rare name and someone I needed for the ole Encyclopedia, so I bit on the $40 combo pre-order. She was incredibly nice, asked how I wanted her entry signed, and what color marker. She also posed for two photos: one with her on my right, the other on my left. She was terrific. 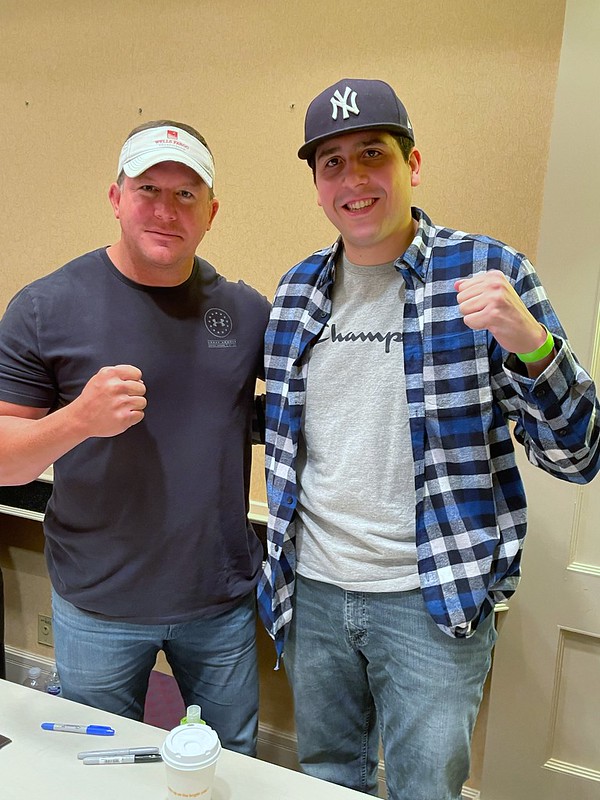 I then realized I didn’t have cash on me and, sure enough, the hotel’s ATM was out of service. Rookie mistake by me! Jenna drove me to the nearby Exonn Mobile, got some dough, and headed back to meet Ted DiBiase Jr. Amazingly enough, this was a first-time meet for me because I don’t think he’s ever been booked for a show I’ve attended. He was only a $25 combo, too, which was a solid price. He was very nice and signed his entry in the Encyclopedia. 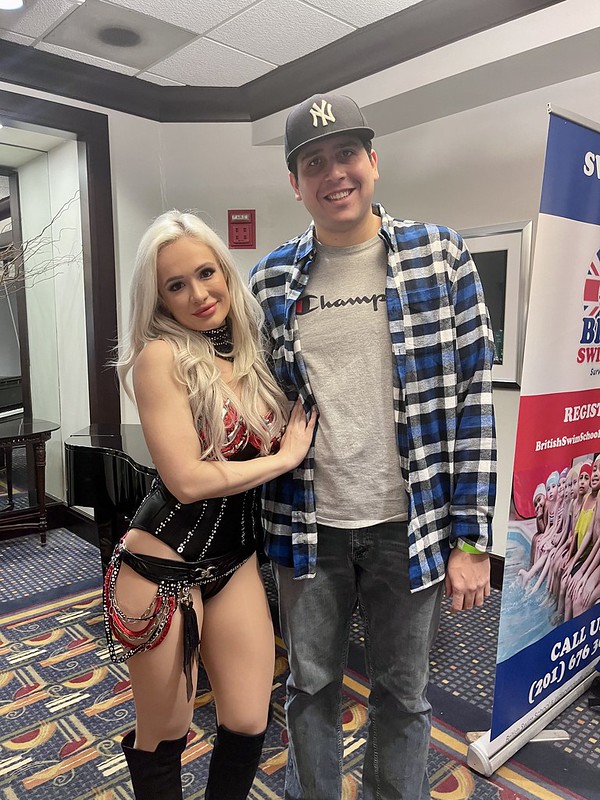 I got back in the car, content with the day…but I decided to run back in and score a ring gear photo op with Scarlett Brodeaux. I met her a few years ago (pre-NXT run) but she was dressed as Marilyn Monroe and it just didn’t look like her, so this was a really good opportunity to get a “proper” op.

And that was that! Nice and easy. 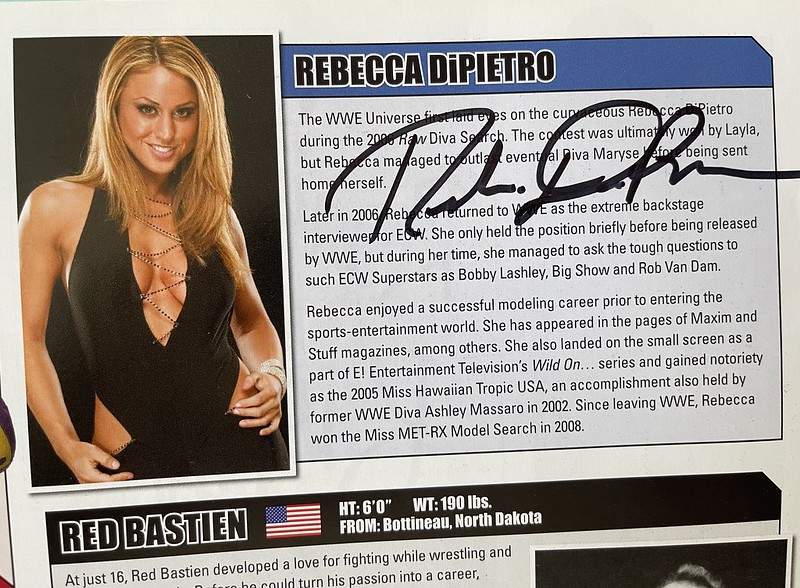 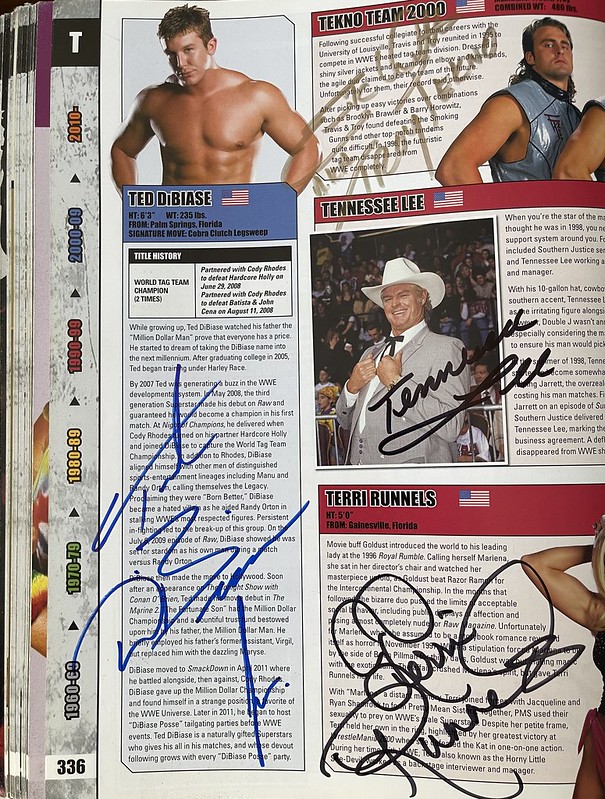