I attended another Garden State Trading Card Show out of the La Quinta Inn in Seacacus to meet the newest star of AEW: Toni Storm. I’m a big, big fan of hers and the show is ~15 minutes from my apartment with a reasonable general admission fee of $10. No brainer.

I arrived just after 11:30 AM and saw something that made my jaw drop: two banners promoting the appearances of Haku and Terri Runnels, who were charging 40/40/70 and 40/40/65 respectively. $40 combos for those two would’ve been a tad high but $40 per item?!? What shocked me even more: they appeared to have a line (they were sequestered in their own room and staff were bringing in customers one-by-one). I’m a fan of both and wanted Haku to sign my WCW Encyclopedia but, man, $40 for just an autograph is frankly insulting. 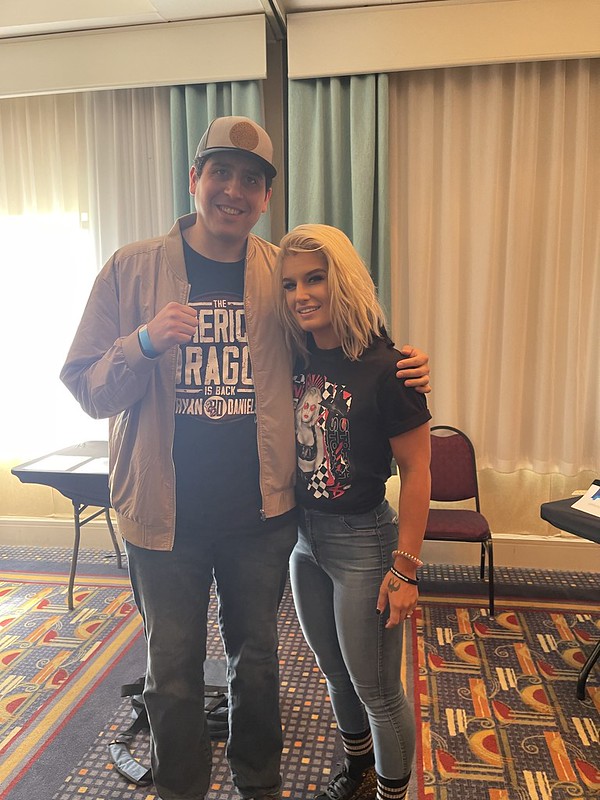 I also saw a sign that directed me to the room that housed Toni Storm and Juice Robinson. I was anticipating a line for Toni but was stunned to find no one at her table. I pre-ordered the $60 combo (same price as her appearance at the Wrestling Universe the night before) and went right to her. Toni was incredibly nice and enjoyed flipping through my WrestleMania 35 program. She even took a picture of one of the pages and said she was going to text it to her one of the featured wrestlers (didn’t hear who). We also chatted about a mutual friend we had, which was cool. I went back for a re-take of the photo because there was a bad glare. Both she and the staff running her table were so friendly and accomodating. 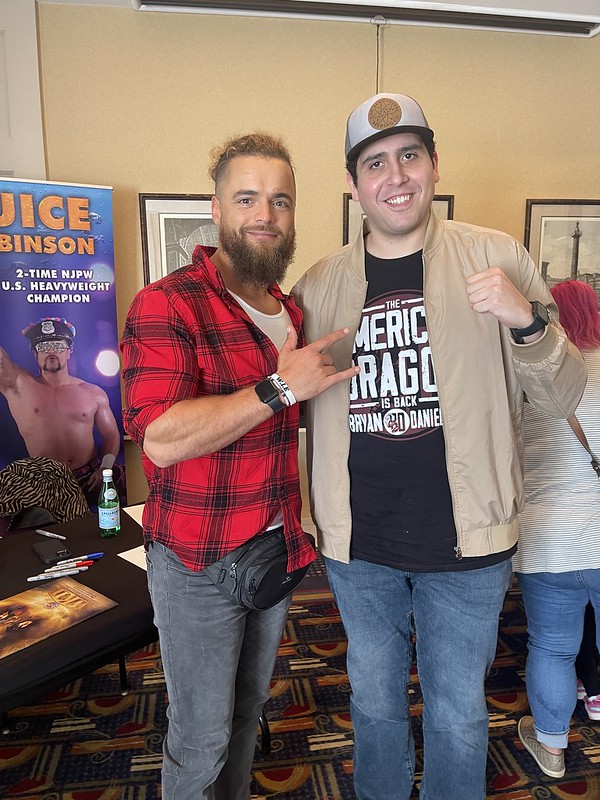 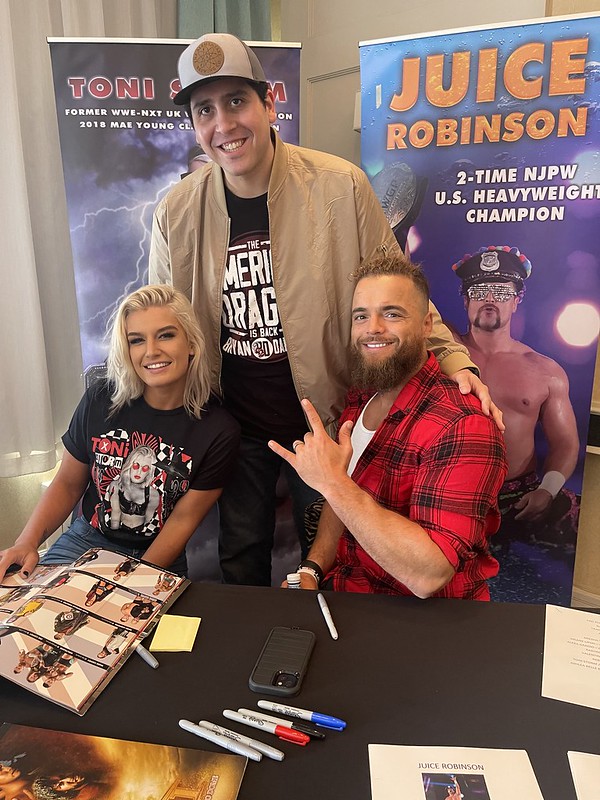 Speaking of friendly and accomodating: I also pre-ordered a combo for Juice Robinson ($40), which I’ve long been a fan of. Juice saw my Wrestle Kingdom 11 program and said, “Ah one of mine!” and seemed really happy to sign it. He offered a photo w/both him and Toni but I also asked for a solo shot, which he was happy to oblige. Once again: everyone there, from talent to staff, was so great. 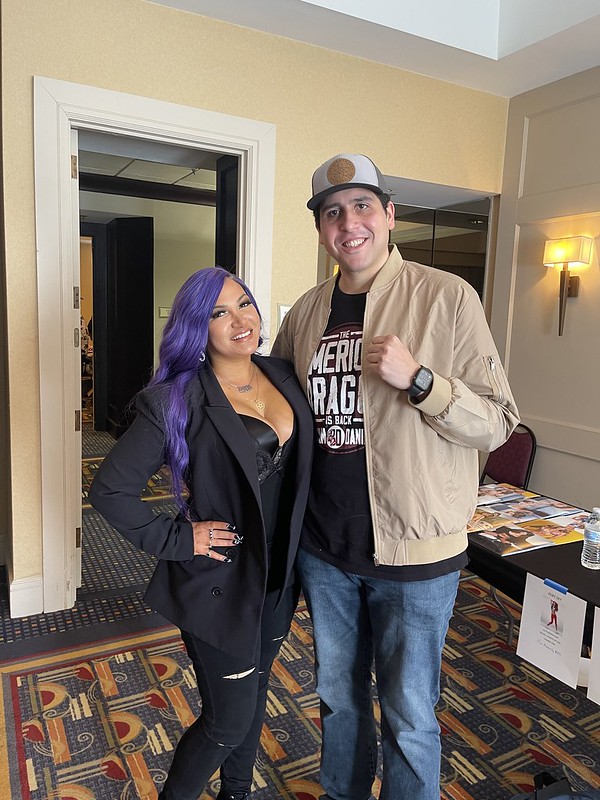 I refused to bite the bullet on Haku but was struggling on whether or not to get Reby Sky. I’ve actually become a fan of her TikTok page and decided to get an autograph in my Lucha Libre USA program but ultimately decided to pay a steep $50 for the combo as I wanted a photo op. I know it was an overpay but my thought process was that I had never seen her do a con before and I had extra dough on me, so why not? Reby was incredibly nice and could not believe I had a Lucha Libre USA program! She happily flipped through it and told me it was the most obscure thing she was going to sign, which I got a kick out of. I also made her TikTok LOL! 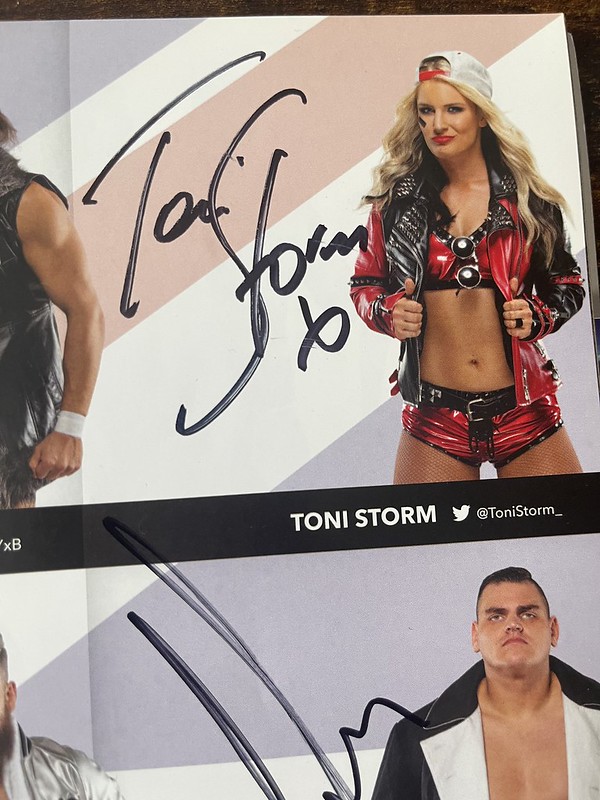 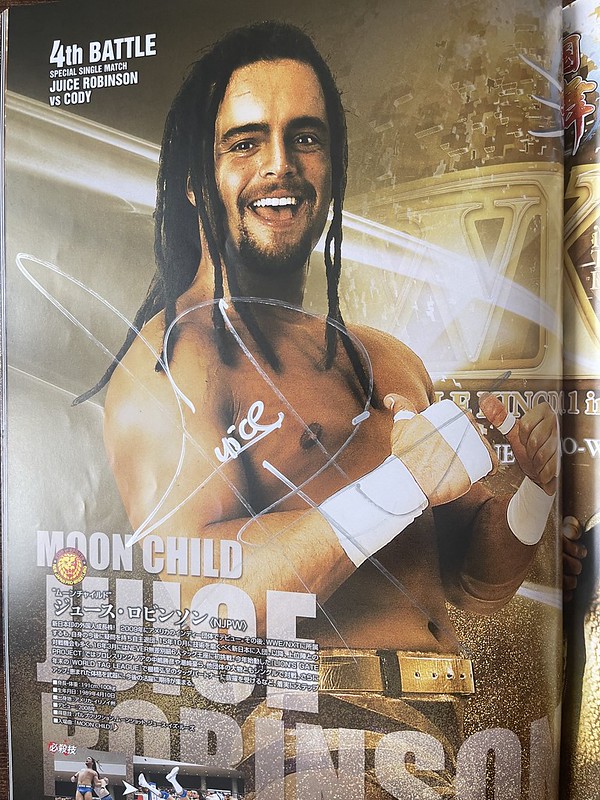 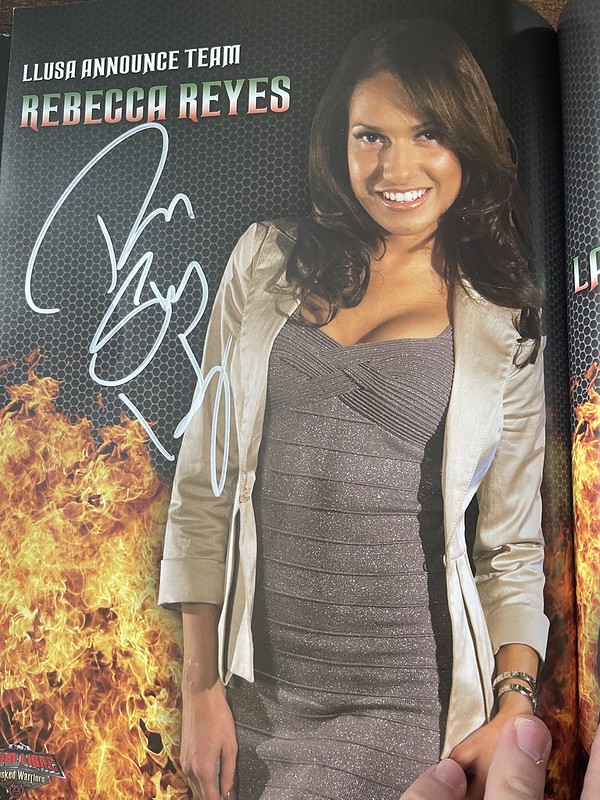